So far this has been the most interesting and theory heavy week. We are getting into the nuts and bolts of what causes a photograph to evoke a reaction. Looking at the content, I think it is going to take me a while to work through and try all the techniques we have been given.

I like the definition provided in week 4 for visual language –

Language is not just verbal or written. Visual language is defined as a system of communication using visual elements…. Just as people can verbalise their thinking, they can visualise it. A diagram, a map, a photograph and a painting are all examples of uses of visual language. Its structural units include line, shape, colour, form, motion, texture, pattern, direction, orientation, scale, angle, space, and proportion.

As an artist, visual language is something I live and breathe but except for my early years as a scrapbooker I’ve not given the theory a great deal of thought. Of the techniques below, framing is one I don’t use too often in my photographs so I’d like to explore that technique further.

I found the range of references provided within the classroom quite thought provoking. I think it is instinctive to either like or dislike a photograph but knowing more about the theory gives me a better idea of ‘why’. I just need to practice the ‘how’!

There has been a broad range of theory covered this week from basic composition and design through to the use of colour, working with light and how to analyse a photo. I’ve chosen to focus on composition for an activity. 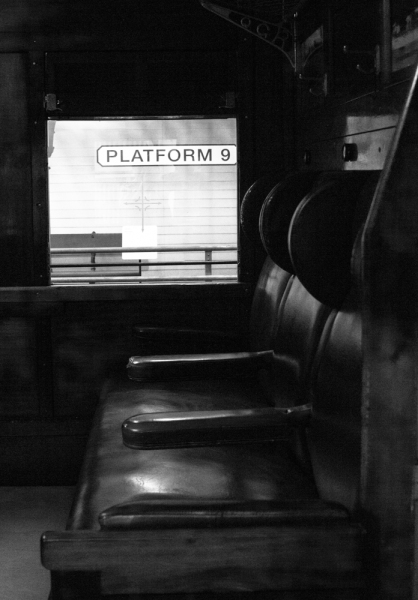 Taking photos inside a rail museum in the late afternoon presented some challenges, especially as my Canon camera & 24-70mm f4 lens combo isn’t the best for low light situations and I’d forgotten the tripod. In all I was happy with this image, the platform number is framed by the carriage window giving a sense of place. 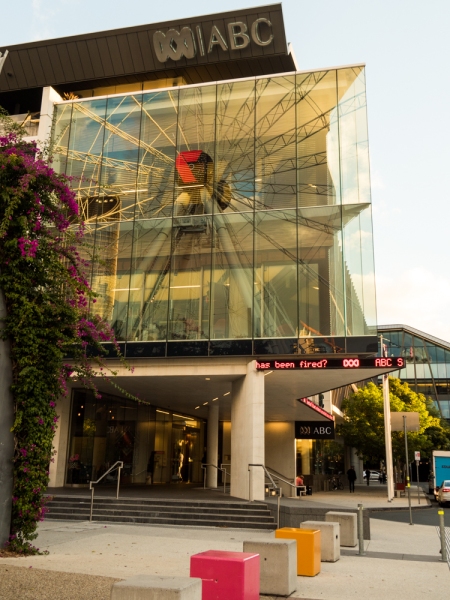 The iconic Wheel of Brisbane is located right beside a glass fronted building that houses ABC Broadcasting and the Queensland Orchestra. Usually it is a very busy area but I was patient to catch it at a quiet moment.

The glass windows provide perfect framing for the Wheel reflection and the brightly coloured cement bollards lead the eye towards the building, following the spokes on the wheel to the reversed red 7. The pop of red is repeated in the news tickertape. It was a gloomy afternoon so tight cropping along the left and top edges draw the eye into the image.

Brisbane is a river city so there are a number of bridges that cross, some with walking paths that go right beneath. I was actually looking for a different type of photo, one full of leading lines from the concrete supports beneath the bridge when I turned and caught the perfect view of the imposing ‘Tower of Power’. This building is home to the government offices of Queensland and is now the city’s tallest building.

The angles of the overhead bridge and cobbled path beautifully frame the view and the corner diagonals give the image a bit of a twist. I improved the shot a touch in Lightroom to increase contrast and saturation of the clouds and carefully cropped the image to give similar amounts of framing to the corners.

Victoria Bridge is a main transit road from the CBD to Southside and most afternoons is clogged with buses, cars and cyclists. I shot the image to take advantage of the rule of thirds and leading lines. There is the fence running through the right-hand side of the image that takes you up to the blue Paniyiri flags, then through the traffic towards the blue flags & blue building on the left-hand side. I tried to keep the busyness of the traffic towards the lower guideline.

I’m headed into the city again this week with the Canon Collective to shoot some light trails so I’ll be interested to reshoot this view with the benefit of a tripod and evening light.

A quick stop at a roadside stall provided the opportunity to shoot this old farm fence. I love the lines of wire leading the viewer into the distance.

BrisStyle have been supporting the drive to create folded ribbon stars for the One Million Stars project which brings attention to domestic violence. The office is awash with stars as members and market visitors have been madly folding to aid the project. Ours will head off with others from around the country to the Gold Coast for an installation at the 2018 Commonwealth Games.

I had a little fun with leading lines and a play of ‘stars to heaven’ and used Snapseed for a colourful edit.

My inspiration for this creative colour tint edit is the work of Matt Crump. Matt uses simple, minimalist images in high key and edits that make the skies go candy coloured. He also makes good use of negative space, often taking up only a tiny portion with the subject.

I’ve photographed the Wheel of Brisbane many times and in all sorts of light so this edit from a dismal afternoon brings a smile to my face.

Perhaps my favourite memory of a visit to Bondi Beach and an example of negative space. The contrast between the ice cream and the deep blue sky gives a bright pop to the image. The crowd on the beach and the melting ice cream are reminders of the Summer season and the image has a bit of a nostalgic feel to it – who doesn’t remember having ice creams at the beach as a kid?

What is it? Part of a building, public art, a wall of some kind? Hard to tell in closely cropped black and white. It’s actually part of a set of seats at Southbank, constructed from bright lime green slats and concrete. 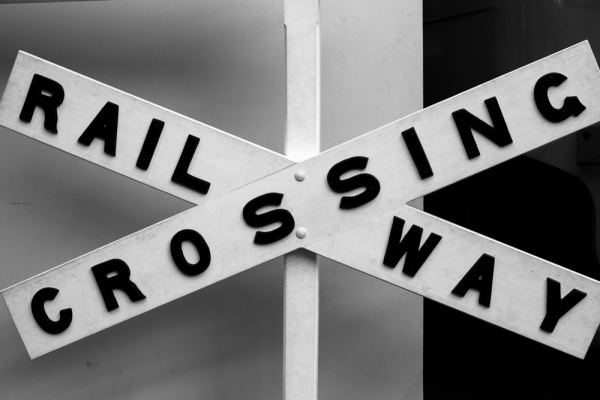 Filling the frame with a rail sign reinforces the ‘X’ nature of the sign and the triangles draw the eye into the centre and the message. The contrast of black and white reinforces the stop and look message. The image is also centred giving it symmetry and balance. 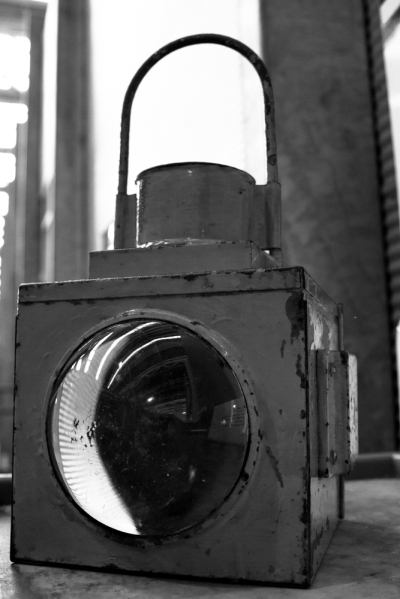 This is one of my favourites from the set I took at the rail museum. The black and white edit gives the old, rusty rail light a bit of nostalgia and the reflection of the corrugated iron wall in the lens a bit of mystery and interest.